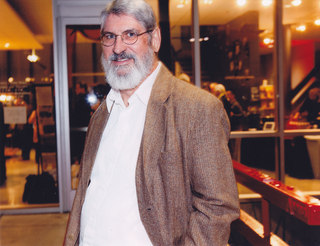 Michael Rattee was born in Holyoke, Massachusetts in 1953 and raised in Randolph, Vermont where at the age of fourteen he began writing poetry. During the Vietnam War, while still in high school, he started a draft counseling service offering information to those objecting to the war. After high school he married, worked in factories, divorced, and took to the road. Following brief stints in North Carolina, Montana, California, and Arizona he returned to Randolph where he spent countless hours at Kimball Public Library furthering his education and writing. There he met and married the poet and translator, Hannelore Quander. They moved to Tucson, Arizona in 1978 where they lived together until her death in 2011.

His poems have appeared in Heliotrope, Main Street Rag, Negative Capability, Poet Lore, and other literary magazines and in anthologies including Men Of Our Time (University of Georgia Press) and Proposing On The Brooklyn Bridge: Poems About Marriage (Grayson Books). He has won an Author!Author! award and been nominated for a Pushcart Prize. In 1984, he received a National Endowment for the Arts fellowship in poetry. His books include Mentioning Dreams (Adastra Press), Calling Yourself Home (Cleveland State University), Greatest Hits: 1976-2006 (Pudding House Publications), and, with his son Kiev, Enough Said (Adastra Press). He co-edited, with David Ray, Surfings: The Selected Poems of Will Inman (Howling Dog Press). A new poetry collection, Falling off the Bicycle Forever, is now available from Adastra Press.

Over the years, besides writing and publishing poetry, he has co-edited PRICKLY PEAR/Tucson, a poetry quarterly, co-directed the Mosaic Reading Series, and led workshops and classes on poetry in public schools and adult continuing education programs. He lives in Tucson, Arizona and works as a software developer writing internet programs for use in education.