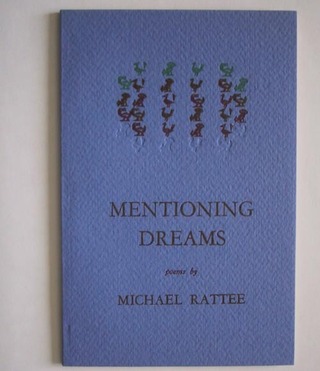 Here there is a fine gemlike precision of line and image and a resonance in word sounds that lift the work and make it memorable. Rattee has taken subjects that might have been only quaint and made them into poetry. His frequent references to birds – images that contain the potential for mere sentimentality – in his hands reach a quality of pure delight.

Good poems ... a farm boy throws six grackles in a bag and beats them “into a limp bouquet” against a barn. Rattee knows exactly how to transmute this violence. Other fine poems are to relatives: to a brother who dreamed of being a musician but became a mechanic; to a dying grandmother (this Rattee beautifully underplays); and to an old farmer who stuffs his pillows with hay so as to keep the fragrance of a barn near him as he dies.